Today’s story isn’t so much a story as a general remembrance of one particular person during my years working on Roseanne. I was there for the first four seasons of the show and I was very young. It was only my second television show and it was the first place I began working as a dialogue coach. It was also the first time I worked with anyone who was still in single digits!

I’m talking about Michael Fishman. The thing I loved about him most was his ability to make Roseanne laugh. And trust me, that was always a good thing. (Here’s a pic of Michael when I worked with him and a picture of him now.) 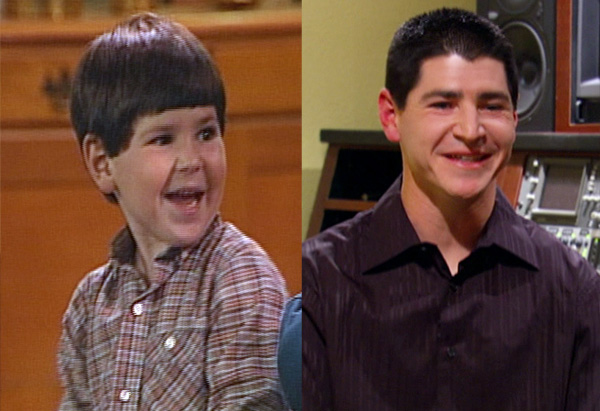 I didn’t interact with Michael that much on set because I was busy working with Roseanne (whether it was standing in for her or Sara Gilbert or dialoguing coaching), but I do remember how much he enjoyed being there. He always had a smile on his face.

The reason I bring all this up is because Michael and I reconnected through FaceBook and we saw each other over a year ago when Roseanne and John Goodman came together to shoot a pilot written by Roseanne. (The show didn’t get picked up, but the reunion of cast and crew from the show was awesome in itself. It was so good to catch up with so many people from two decades ago. It was especially amazing for me to see a 30 year old man when the last I’d seen was a 10 year old boy! Talk about a time warp!) Recently, we found time to get together for lunch and catch up. That’s 20 years of catching up! Yes, it was a long lunch. LOL. But so much fun!

Hollywood has a tendency to break people and I always worry about children (who grow up) in television. Many learn bad habits and fall into different kinds of addictions. (You know who I’m talking about!). So I couldn’t have been more thrilled to discover that Michael has a good head on his shoulders. He’s a smart man with a loving family and he’s a great father. Yep, that little boy I remember so well is a father to two kids ages 13 and 10. How’s about them apples. The boy started young! But everyone travels a different path and some people are meant to be young parents. (I just wasn’t one of them. Haha.) It was a huge relief to see him happy and well balanced  and with his priorities straight. It was an awesome reunion!

So what about you? Any good stories of meeting up with someone twenty years later? Were they what you expected or completely not?