I can’t believe it’s July 1st! Since I missed the post last month, I figure I owe you guys one of my bigger stories. (Did I just hear a deafening whoo-hoo?)

This one happened about 23 years ago, give or take a year. I was on a set working as a stand-in. (And forgive me for being vague, but I’m not going to drop names on this one. Any of my stories that involve any type of pain -on my part- I’ll avoid outing the abuser. Although anyone who wants to do some detective work might be able to figure out from reading older posts…just sayin’!)

I was sitting on the sofa in the living room set of this particular sitcom and I was working with the main cast since the 12 year old actor I was standing-in for was in school. Well, the actor playing her mother was supposed to whack her on the back of the head. You know… kind of a smack, but not anything really bad. I knew I was going to get popped on the back of the head, but I didn’t expect the flat-hand that smacked me right over my ear. My whole head kind of erupted and popped at the same time. My first thought was, “WTF?” But I was young and stupid and the show must go on, right? So I’m waiting to say my line and I noticed that I couldn’t really hear the other actors in the scene. I mean, I could hear them, but they sounded distant. 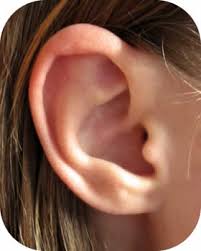 It only took a few lines before I had to say something, but when I started to speak, I couldn’t hear my own words from my right ear. I couldn’t believe it! My eardrum had popped or ruptured or whatever happens when someone smacks you so hard you lose your hearing. After trying to get a few words out, I finally turned to the actor behind me and said (rather loudly), “I can’t believe it! You popped my eardrum! I can’t hear anything!”

I guess I should tell you that I was talking to one of the biggest sitcom stars of that time. I continued with, “I’m going to sue your ass!” To which she replied, “Get in line.”

Needless to say, I didn’t sue her because as I mentioned, I was young and stupid and I didn’t want to lose my job. (I really did love my job.) I never got any sympathy or an apology from her. I sulked at work for a few days, but my hearing came back and I was once again 100% so I let it go.

I really did shock myself with my response and looking back on it, her reply was classic. I should’ve expected it. Actually, she did something even more violent another time, but that’s a different story for a later date!!

Speaking of dates… today the blog tour for Against The Wall continues at Just Romantic Suspense. Stop in and comment for a chance to win Living Dangerously!

So what about you? Did you ever surprise yourself or someone else by standing up for yourself with an outburst? I’d love to know!