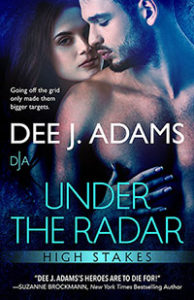 See what reviewers are saying about Under the Radar!